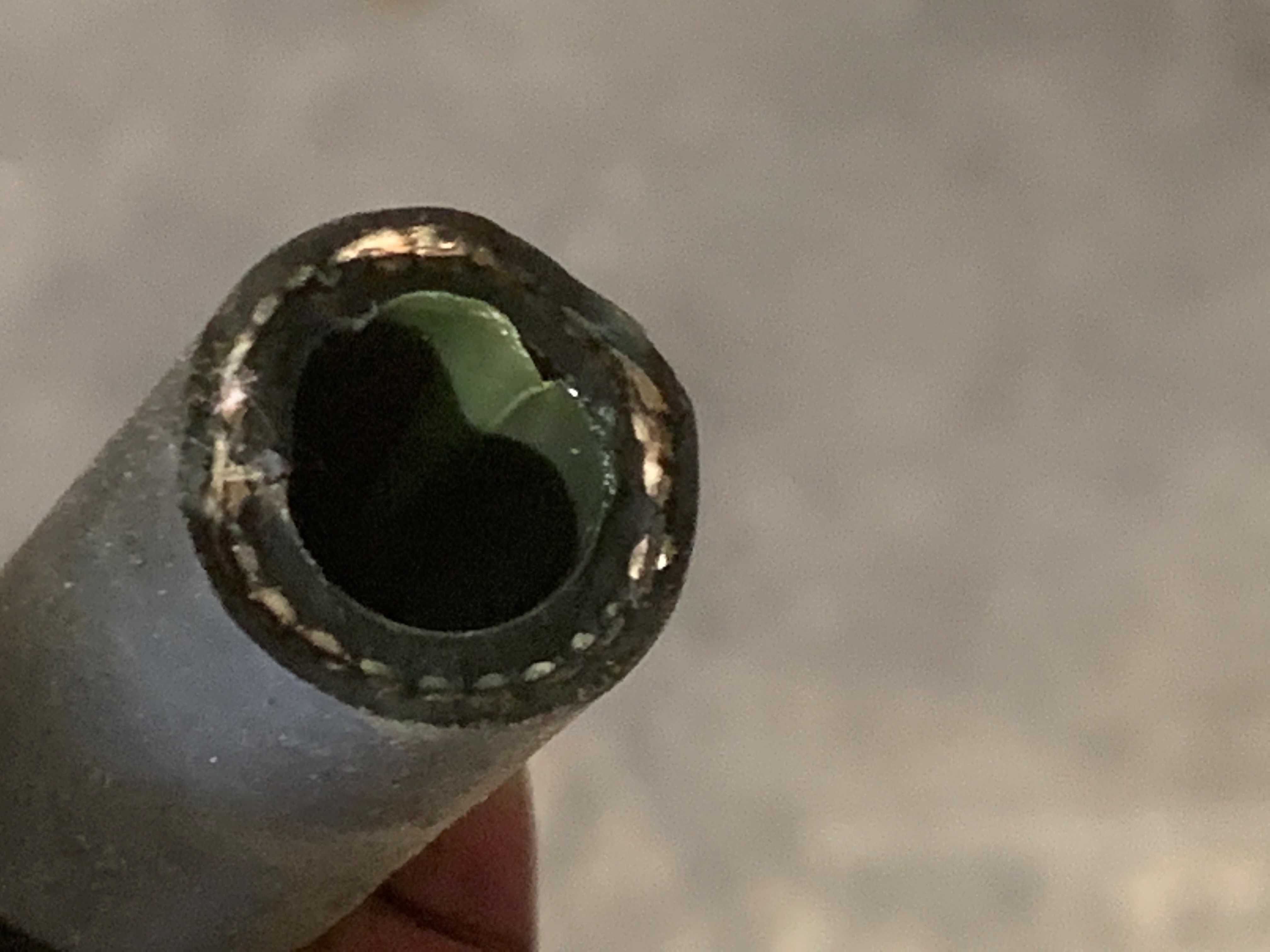 Ritchie had a 2014 Ford Ranger come in with a noisy compressor, so after an inspection of the system he had the go ahead to replace the compressor, condenser (drier included) and TX valve and flush the system. All hoses and evaporator seemed to flush well and came out reasonably clear.

The Ranger was cooling well, and the pressures seemed normal, so Ritchie sent the ute on its way. Two months later, the customer came back in with an underperforming air conditioning system – complaining that the a/c was not cooling well.

Inspecting the system for a second time now, Ritchie found that the high side pressure was slightly high. He worked with the charge rates to balance the pressures and send the customer back on his way. Within a few weeks, the ute rolled back into Ritchie’s workshop – this time he found that they system was near on completely out of gas.

Having such low refrigerant levels, Ritchie spent some time searching through the system to find where this leak was hiding - and found the discharge hose was leaking on the compressor end. Once he identified the leak, he grabbed his Lokring & Lokclip kit and began repairing the hose.

Once he cut into the hose to perform the hose repair and stop the leak, Ritchie quickly identified that the inner barrier of the hose had been cooked and blistered – so it was with no surprise that the system was not holding the refrigerant! Thinking back he recalled that when he flexed the hose while removing/replacing the compressor he recalled a crackling noise.